The Skydance 0/1-10V LED dimmer system includes 0-10V dimmer and 0/1-10V PWM dimming drivers.It is designed with 0~100% dimming range via logarithmic characteristics, thus making it comfortable for human eyes.Compatible with active or passive 0-10V, 1-10V access dimmers, fluorescent lamp dimming and LED lighting systems. The 0-10V dimmer can be controlled by Skydance RF remote, as well as with a smart phone through WiFi APP.The 0/1-10V PWM dimming driver can also work with a power repeater to expand output unlimitedly. All Skydance 0/1-10V systems can also be perfectly compatible with the control systems of brand such as Lutron,EVITIN,Schneider,DALITEK and OSRAM, among others. 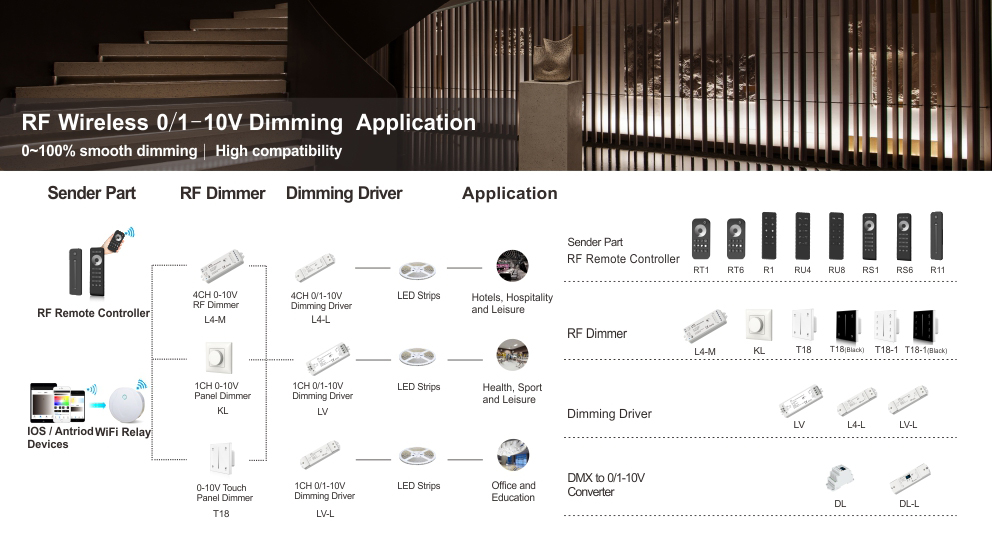 Get in Touch
Leave Message
Location

All logos, photographs，brand names, product names and trademarks in this site are the property of their respective owners.The author desires, in all publications, to respect the copyright of any graphics,texts or other files which may be utilized. Any duplication or utilization of such graphics,texts or other files in other electronic or printed publications, without the explicit consent of the author, is strictly prohibited.